For the next two semesters, I will be interning with the Smithsonian Institution, specifically through their Smithsonian Cultural Rescue Initiative. While this group is multi-facetated, I will be working on one of their projects in particular, the Conflict Culture Research Network. To sum it up as briefly as possible, the goal of this project is to document all of the cultural heritage sites throughout the world. Currently, no single list exists that compiles such sites. Our efforts will work to fix this. With such a list, we would be able to better locate sites of cultural heritage in events such as hurricanes, earthquakes, flooding, or even human destructions to sites were to occur. In these cases, a list of sites within a damaged nation, would help us assist these sites and save whatever culture heritage we could.

As our work with the Smithsonian began, the US and Caribbean got hit with three major hurricanes within a week. Suddenly, our project became imperative. The three George Mason interns were told to immediately focus on documenting museums in the Caribbean. As we got to work on this, I was tasked with focusing solely on Puerto Rico, as so much damage occurred to this island with Hurricane Maria.

My main project, currently, is to work on a spreadsheet that contains a list of museums in Puerto Rico. We need to record their latitude and longitude, along with other information about their cultural affiliations and holdings. While working on this spreadsheet, we received a spreadsheet from FEMA, listing the museums they believe exist in Puerto Rico. I was then tasked with comparing our list with theirs, and adding any sites that were missing from the FEMA list. This is the most recent task in the project that I have been working on.

So far, I am enjoying this internship. It is important work that has a very clear purpose, especially now with the recent massive hurricanes hitting the US and Caribbean. I also enjoy the simplicity of the task, though that doesn’t mean it is easy. Sometimes it is incredibly difficult to discern aspects of the museums, which museum is which, and also specificities of the museums. This is especially true for the smaller, local museums.

I am very excited to continue working on this project and delve deeper into other components of the project.

I first visited Poland during the summer of 2012. The trip was a chance for my mother and I to discover our Polish roots and to find answers to some of our genealogical questions. It was a brief stay, but in the short time we were there I became fascinated with the interactions between Polish and Jewish culture and the way Poles seemed to remember the Jewish past.

Over the course of my undergraduate classes in history and anthropology, I became more and more interested in this topic. I visited Poland once again during the summer of 2015 through a study tour with a memory organization in Lublin, Poland called Brama Grodzka – NN Theatre Centre. This study tour brought me to many incredible places and raised even more questions for me. I returned to college, desperate to find more answers.

My senior thesis focused on the remembrance of Jewish material culture in Poland. I specifically focused on Jewish cemeteries and mezuzah impressions (the marks left on the doorposts from the removal of mezuzot). In order to try to answer questions about memory in Poland, I analyzed the data of over one-thousand Jewish cemeteries in Poland. This data was found through Virtual Shtetl, a group that collects information on Jewish sites in Poland, the Foundation for the Preservation of Jewish Heritage in Poland (FODZ), a group that works to preserve important physical sites of Jewish history and culture in Poland, and from my own travels throughout Poland. One goal of this project was to map the Jewish cemeteries on which I had collected data. In the end, I ran out of time to complete this part of the project.

Through research and examination of the material culture, I made a few conclusions about the memory of Jewish sites and objects in Poland. First, it is possible that “separate memories” of the past exist in the minds of the Polish people. An anthropologist completed a study of one small Polish town and through her interviews she discovered that the Poles in this town see the Polish history of the town and the Jewish history of the town as two separate histories. This anthropologist also suggests that the Jewish history is remembered by Poles as an almost fairytale-like story rather than actual history. I expanded upon this notion in my thesis by arguing that the “separate memories” notion could be the reason why some Jewish sites in Poland are being neglected and forgotten. (For more on this project, see: Wloszycka, Malgorzata. “Neglected Memory: The Recollection of Jews Among Poles. A Case Study of a Town in Southern Poland.” European Judaism 44 (2011): 81-90. Doi: 10.3167/ej.2011.44.02.06)

Specifically for cemeteries, I argue that there still exists a passive memory of these sites in Poles. But many Jewish cemeteries have been destroyed, left neglected, and do not have any forms of active remembrance (i.e., signs, information boards, fencing, cleaning, dedication ceremonies, memorials, etc.). Why is this the case? Why are some places/sites remembered while others are not? Through the “separate memories” theory, people that see Jewish history as separate from their own history will be less likely to act on remembering Jewish sites. 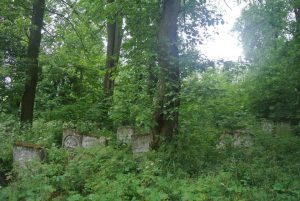 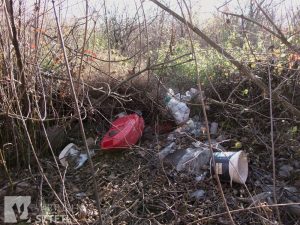 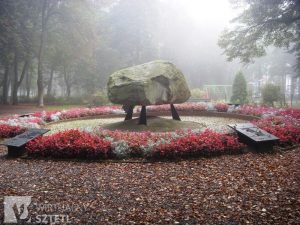 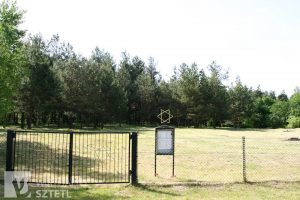 This link will take you to the interactive version of my general remembrance map. This map is a color-coded map of all of the Jewish cemeteries in Poland that I found data on. The sites are color-coded based on the remembrance of the site. In all, I have mapped 1,124 Jewish cemeteries in Poland. The majority of the sites are actively remembered in some way, but as you can see from the map, there are also many sites that have not been remembered. 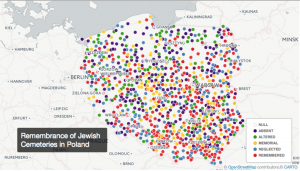 Here is another interesting image from the general map of the cemeteries: 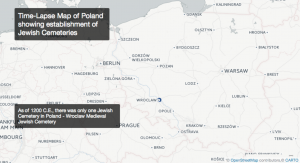 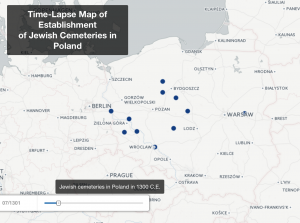 By 1300, a few more Jewish cemeteries had been established. We can see that there is a cluster of these early cemeteries in western Poland and cluster in eastern/central Poland. This shows the expansion further into Poland, from the west towards central Poland, which would only continue in the coming centuries. 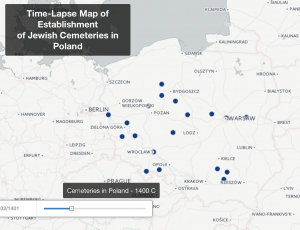 By 1400 C.E., we finally see the expansion into southern Poland and into eastern Poland. The Warsaw Medieval Jewish Cemetery was one of the cemeteries established by 1400, signaling the beginning of a town that would become a center of Jewish life in Poland. 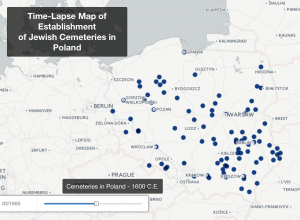 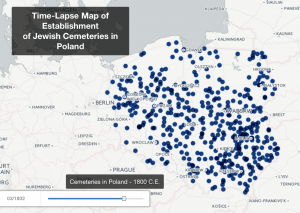 The eighteenth and nineteenth centuries were the climax of Jewish expansion in Poland. By 1800 C.E., there are more Jewish cemeteries throughout the entirety of Poland. We also see the first cemeteries in northern Poland during this time. 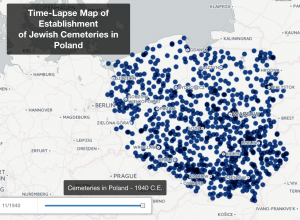 This image of the time-lapse map shows the Jewish cemeteries present by 1940. This map is fairly precise to the first Remembrance map, as most of the Jewish communities in Poland were destroyed during and after WWII. Very few cemeteries were established post-war, but there were a few. Overall, the time-lapse map is a great way to visualize and portray the settlement of Jewish life in Poland over the last eight hundred years. By viewing this map in motion, we can almost witness the expansion of Jewish communities as it happened.

Back to the remembrance of Jewish cemeteries. I broke down this map into five different maps, one for each category of remembrance. 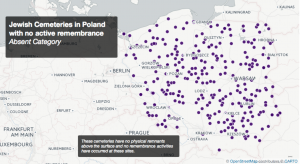 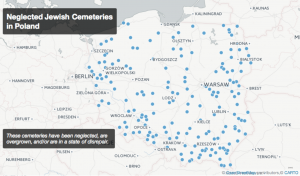 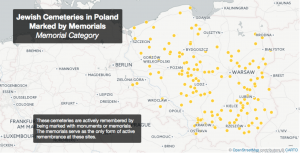 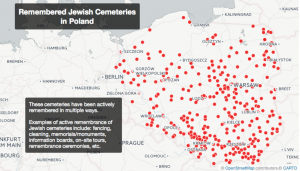 When I first went through and separated these maps, I couldn’t find many differences between them. For the most part, many of these maps resemble the initial map: it seems most of the sites are in southern Poland, which was true for the initial map showing all of the Jewish cemeteries in Poland. So I decided to look at heat maps instead, to see if those would show more than the regular “dot” maps do. 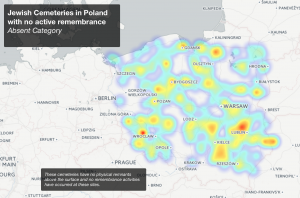 Sure enough, this type of map was a great way of portraying the remembrance of Jewish cemeteries in Poland. I started again with the Absent category, which includes any cemetery that is not being actively remembered in any way. This map looks very different from initial map of the Absent cemeteries. Here, the Lublin region and a region near Wroclaw are highlighted as the areas with the least amount of remembrance. Also important to note is the absence of sites in the very southern portion of the country and in the regions surrounding Krakow. 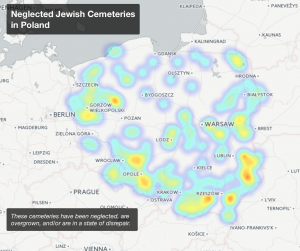 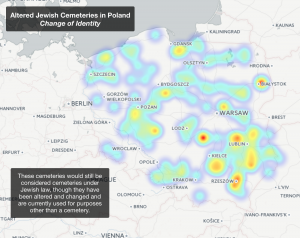 Cemeteries that have undergone a change in identity have some interesting hot-spots in the heat map. Regions highlighted in this map include Bialystok, Lublin, Rzeszow, and an area outside Lodz. The majority of the Altered Category cemeteries are in the eastern/southeastern part of the country. 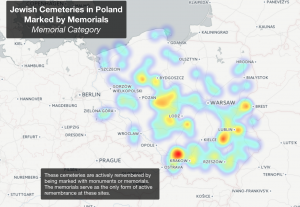 Finally, the map of the remembered cemeteries shows intense concentrations of cemeteries in southern and central Poland. The cemeteries that have been actively remembered are centered around Krakow, Warsaw, Lodz, and the very southeastern tip of Poland. This patterning is understandable: Warsaw, Krakow and Lodz are some of the largest towns in Poland, places that still have Jewish communities to this day. It is likely that the remembrance of Jewish cemeteries in this region is due to the Jewish communities and organizations present in these towns.

This project did aide in helping me to visualize the data that I have been collecting. I can now see how heavily saturated the southern area of Poland is with Jewish cemeteries. I could also use the time-lapse feature in CartoDB to visualize the spread of Jewish civilization in Poland throughout the past one-thousand years.

CartoDB was a great tool to use for this project. The most complicated part of the project was editing my spreadsheet to work with CartoDB because my spreadsheet contained so much data. Despite this, working with CartoDB was simple and user-friendly. From the minute I connected my spreadsheet, CartoDB recognized my categories and my data. The work on my end from there on out was very little.

I think CartoDB, though it is a fantastic and simple mapping tool, could expand its possibilities in a few ways. First, I would love if there were a feature to add photos to the data in the maps. As my project was focused on material culture, being able to add pictures to the maps would enhance viewer interaction with the maps. Next, there were certain aspects of working within CartoDB that were repetitive. In order to alter or change a map, you need to re-publish the map to change the features. Even though I was working with much of the same data, I needed to publish six different maps just to show various aspects of the analysis or to change the text overlays.

Overall, this process was fairly straightforward and simple. If I were to continue this project, I would spend more time working with Carto’s various mapping tools. I focused here on the categories tool and the heat map tool, but  better tools to use to understand this data might exist within CartoDB. I would also take some time to overlay certain data in order to better understand how this data interacts. It would be interesting to spend some time with the heat map of remembered cemeteries and overlay “dot” data from the absent and neglected ceremonies to see if there is any overlap. This might help to more deeply understand my data. I hope to work with CartoDB more in the future and gain a better understanding of how this program works.

I will leave this project with a quote from Polish journalist Anna Bikont on the memory of a small town in Poland:

“Polish truth. Jewish truth. It’s obvious to many residents that there are two separate truths here.”

(Bikont, Anna. The Crime and the Silence: Confronting the Massacre of Jews in Wartime Jedwabne. New York: Farrar, Straus and Giroux, 2015. pg 140).